Cargo containers have to be closed with a licensed security seal before goods are transported via cargo container from Switzerland to another country. The security seals are evaluated by the FCA (Federal Customs Administration) according to particular security requirements.

The "authorised consignors" (ACor) must close their containers with a recognised security seal.

We are pleased announce that Unisto has been licensed as an official supplier with our Unisto Hi-Genius security seal by the Swiss customs authorities!

FCA requirements for security seals used by the "authorised consignors"

Unisto Hi-Genius can be used for all kinds of containers (e.g. cargo containers, shipping containers, trucks, trailers,...). With a high tensile strength of at least 2000 kg, Hi-Genius prevents casual theft and manipulation. A bolt cutter is needed to remove it. You can find more information on the product page. 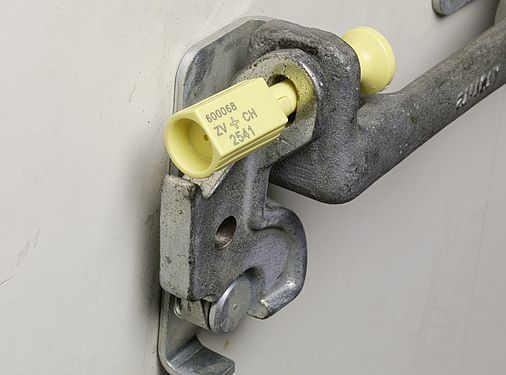